In 2013, Pop Drone Records was founded with the single purpose of releasing a pair of concept albums by Ryckholt as well as ‘Show Me Your Fears,’ the first record made by Pony Girl and ‘Glass/Batteries’ by Dutch duo Dialoog. The records were a success in Canada and a new indie label was born.

The project formed in NYC and made several trips to Canada, where Dialoog took up a one-month residency at Café Nostalgica and a one-night-only Nuit Blanche Ottawa-Gatineau collaboration at Le Petit Mort Gallery in Ottawa. They were feature performers at FAU MARDI in Vieux-Hull and a night in the Improvising Musicians of Ottawa-Outaouais concert series. Deepening their ties to the city, Dialoog were key contributors to the Remix Ottawa project co-produced by Pop Drone and Guerilla Magazine.

“They’re childhood friends from Rotterdam with an Ottawa connection. Their groovy, Moog-recalling name is simply the Dutch word for “dialogue” which is what musicians Ryckholt (keys, synths, samples) and Michael Powell (drums, percussion, samples) attempt to do through music — they talk in a kind of call-and-response format. Their form of monkey-see-monkey-do music is stuff of high-bohemia music geekery (Ryckholt went to Juilliard, Powell went to Berklee. Cred, eh?)… But it’s not aimed solely at nerds and obscurists who might recognize their re-creation of a Gustav Mahler composition, mixed in with some hip-hop.” —Ottawa Magazine 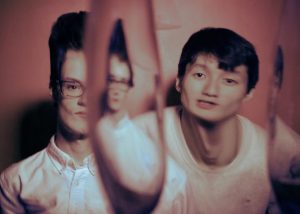 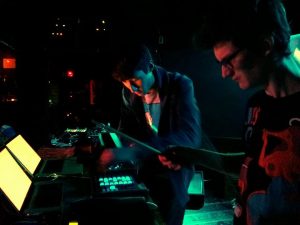 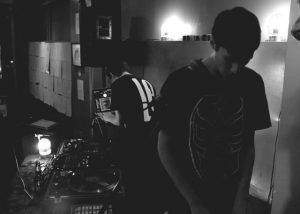 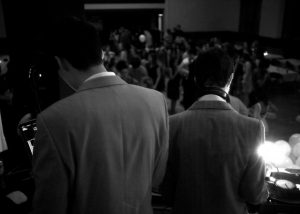