Pony Girl are masters of artpop, invigorating stages with a prismatic sound that’s all their own. Hailed for their “evocative soundscapes” (CBC Radio), “ability to push the boundaries that define pop-rock” (Mixtape Magazine), and “musical depth quite astonishing to experience in person” (Exclaim!), Pony Girl is a rare gem worth uncovering.

Enny One Wil Love You (2022), the Ottawa-Hull band’s Paper Bag Records debut, holds a mirror to our negative cycles for an album that’s as alluring as self-sabotage. Pascal Huot and Yolande Laroche’s duets anchor it all, wonderfully illuminating the inner worlds of imperfect characters.

Pony Girl’s previous releases Show Me Your Fears (2013) and Foreign Life (2015) on their own label, So Sorry Records, are worth your time. They went on to receive Le Prix FEQ emerging artist award in 2016 for their musicality and stagecraft—and it shows. Multi-genre and multi-faceted, Pony Girl will command your adoration.

“They may be the city’s best-kept secret. Their unique, compelling brand of pop rock is turning heads. One day you’ll be saying ‘I saw them when they were only…'” –Ottawa Magazine

“There is a woeful lack of Céline Dion covers by other Canadian bands. Pony Girl has recorded one of the best.” –CBC Music

“Holy moly. I am sorry I slept on Pony Girl so long. Their set in Halifax this weekend at The Seahorse was 100.” –Halifax is Burning

“Quite astonishing to experience in person.” –Exclaim!

“Pony Girl ended up drawing quite a large crowd even while big acts, like J. Cole, were playing the main stage… the support that crowd gave was one for the books.” –Ride The Tempo 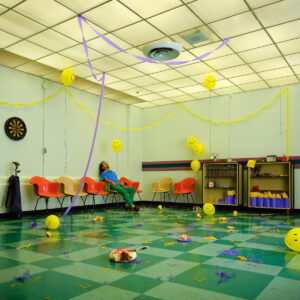 Enny One Wil Love You, Pony Girl’s Paper Bag Records debut, holds a mirror to our negative cycles for an album that’s as alluring as self-sabotage. Don’t let the title from a childhood painting fool you. Perpetual wartime, teenage temptations, false idols—we’re always crashing the same car in some form or another. So did the band, quite literally, in the lead-up to the album release. Pony Girl have braved much together, and their music is stronger for it.

Pascal Huot and Yolande Laroche’s duets anchor it all, wonderfully illuminating the inner worlds of imperfect characters. “King of the Country Club” smashes ego’s crown with warped harmonies and clarinet, “Age of Anxious” throbs with bass and unrequited love, and title track “Enny One Wil Love You” journeys through disappointment like a dizzying video game. The Ottawa-Hull band brings a shimmering pop sensibility to rock and electronic production, scoring familiar conflicts with a prismatic sound that’s all their own.
–Jill Krajewski

“A gorgeous collection of shoe-gazing songs set in a modern-rock tapestry that combines chamber-pop instrumentation and churning electronics.” –Ottawa Citizen

“Pony Girl have established a vibrant multi-genre sound led by messages that are as vulnerable as they are alluring – and with this latest outing they continue along the same artistic path with finesse.” –Earmilk

“Honest, eccentric, and stimulating, Pony Girl have done something magical with their new release.” –Dusty Organ

“We can’t take this thing off repeat.” –Indie Machine

“Their new record finds them more mesmerizing and creative than ever, blurring the boundaries between art pop, indie rock, and electronic production.” –Under The Radar

“With a sound that dazzles as much as it does rock, Enny One Wil Love You has hook after hook to stay in your head for days on end.” –chorus.fm 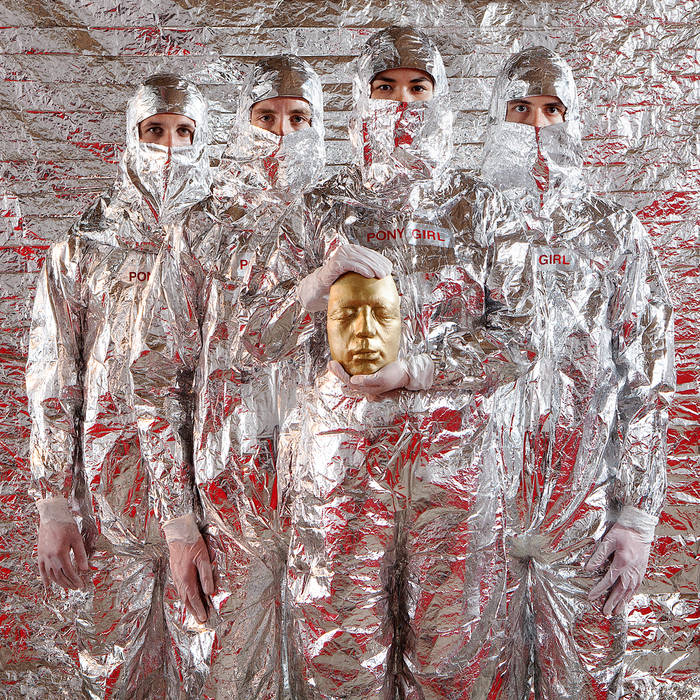 You have two voices: what you desire and what you choose. Unite them and you’ll find balance. Distance them and you’ll enter a foreign life. A life lived without people getting to know you. A life apart from your real self.

Pony Girl masterfully explore the tension between what we want and what we have on their sophomore album Foreign Life. Guy-girl pop vocals score the foreign lives we create when we cheat on a partner (“Adultery”), lose a friend (“No God”), force a smile (“Foreign Life I”), and further divides separating who we are from how we live. Pascal Huot and Yolande Laroche’s alluring harmony is our paradox as we struggle to close the distance.

Cascading guitars, pulsing beats, and electronic hums colour these stories with extraordinary kaleidoscopic twists and turns. Chords punctuate thoughts. Silences make regret linger. Strings swell with emotion. Foreign Life is a soundtrack to our common memory so vivid, so raw, so urgent that to listen is to relive.

The Ottawa collective of Huot, Laroche, Julien Dussault, Greggory Clark and Jeff Kingsbury have captivated audiences at festivals including FEQ, Arboretum, Ottawa Bluesfest, CityFolk, Ottawa Jazz Festival, and on tour in Canada. Performances thrill as much as mesmerize.
–Jill Krajewski

“Each note is inhabited with meaning, chasing not just a sound, but also a reason for its particular existence.” –Grayowl Point

“Otherworldly.” –Quick Before It Melts

“So beautiful.” –Ride The Tempo

“The band’s sound has swelled and matured, playing on the dynamics of loud and softer moments for a well-groomed soulfulness that still has teeth.” –CBC Ottawa 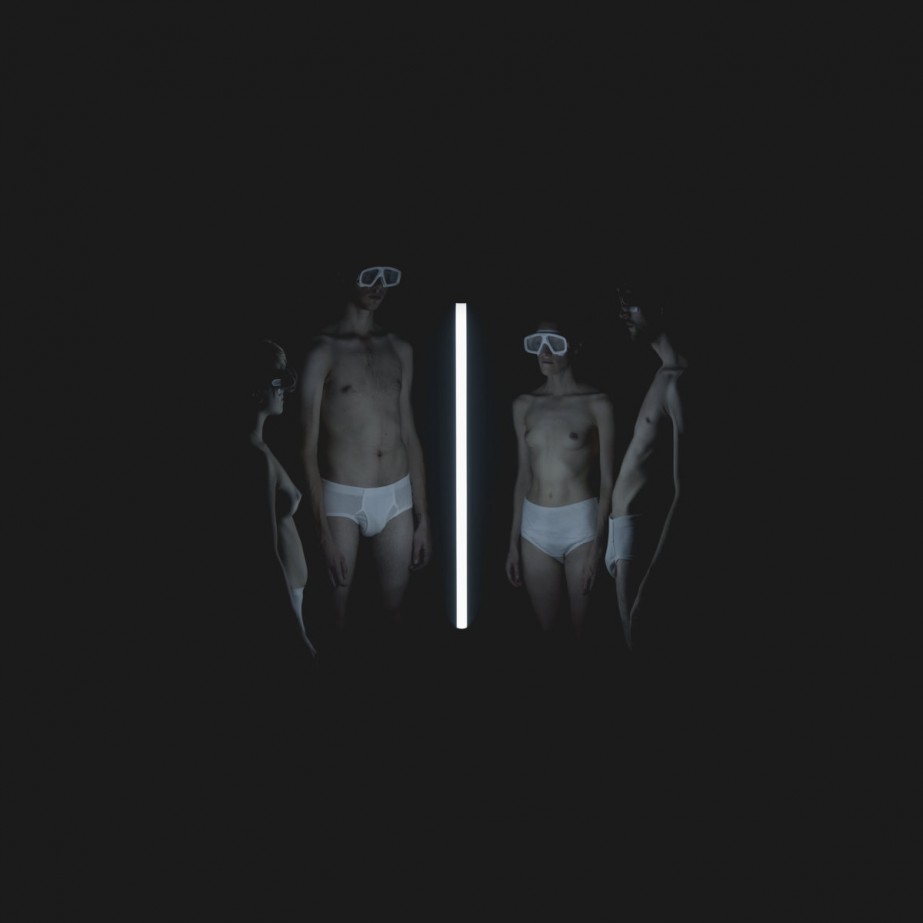 Debut release Show Me Your Fears transitions, even through genres, without attracting attention to the breaks in song, so that the album has nearly run its course before you realize “Sun of the Morning” has long been over.

One track to really jolt your senses is “Guardian,” a two-minute instrumental that reminds me, of all things, of a Disney music bed. While the song builds up slowly through the whistling of a flute, it bursts out with frequent, frantic notes on the cello, pulling me back to my childhood of hand drawn animation.

In contrast, “Better Days” is a hypnotic synth track with vocals that encourage you to drift away with the rhythmically dripping beat – and then just like that the song gathers force before relinquishing it once again, moving in and out. The transitions can catch you by surprise once you realized they’re all contained within a six-minute song held together by a recurring chorus.

The songs on Show Me Your Fears change more within themselves than they do between each other—deftly transitioning between synth-driven dreamer tracks, and more folk-pop indie. It’s a varied debut that offers up plenty without ever overwhelming, where each novel piece is tucked in and framed by a chorus or a tone that centres it within the album.
–Grayowl Point

“I’m proud to say one of the most intriguing records I’ve heard so far this year has come from my hometown.” –Music Notes

“A collective that have been quietly making a name for themselves in the capital and on the East Coast… What a great sound!” –Silent Shout

The concept for “Candy” stems from a fictional pizza shop called Hot Pizza. We created a commercial highlighting their Hot Special: a large Hawaiian pizza. We wanted to lead the viewer into a stereotypical girl meets guy scenario. The sort of unrealistic narrative we consume so regularly—in so many forms—we actually find it familiar and “normal.” At the end of the day, it’s just someone who wants pizza.

“Little Life” is a music video inspired by the early experiments of Norman McLaren in film and animation. Ashes rise from the dead to create an awe-inspiring trance. What is there after nothing? Singing consciousness as the ego dances away. A dance with the end. 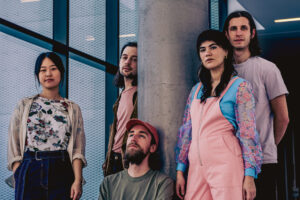 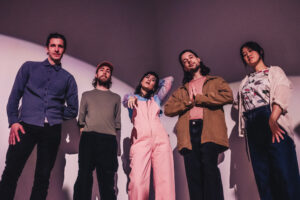 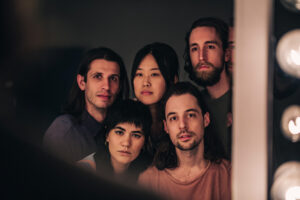 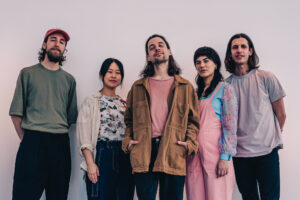 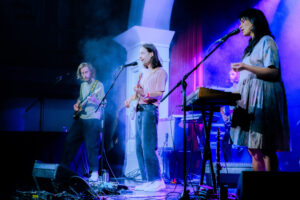 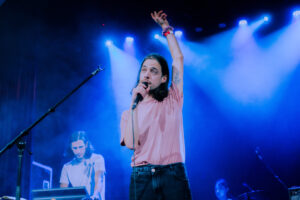 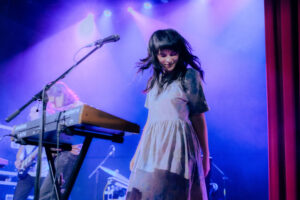 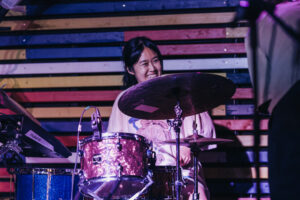 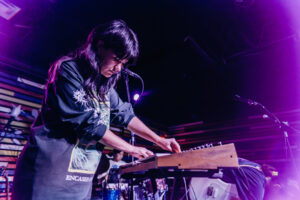 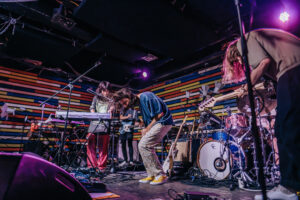 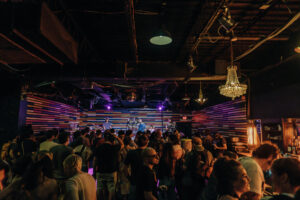 All songs written by Pony Girl